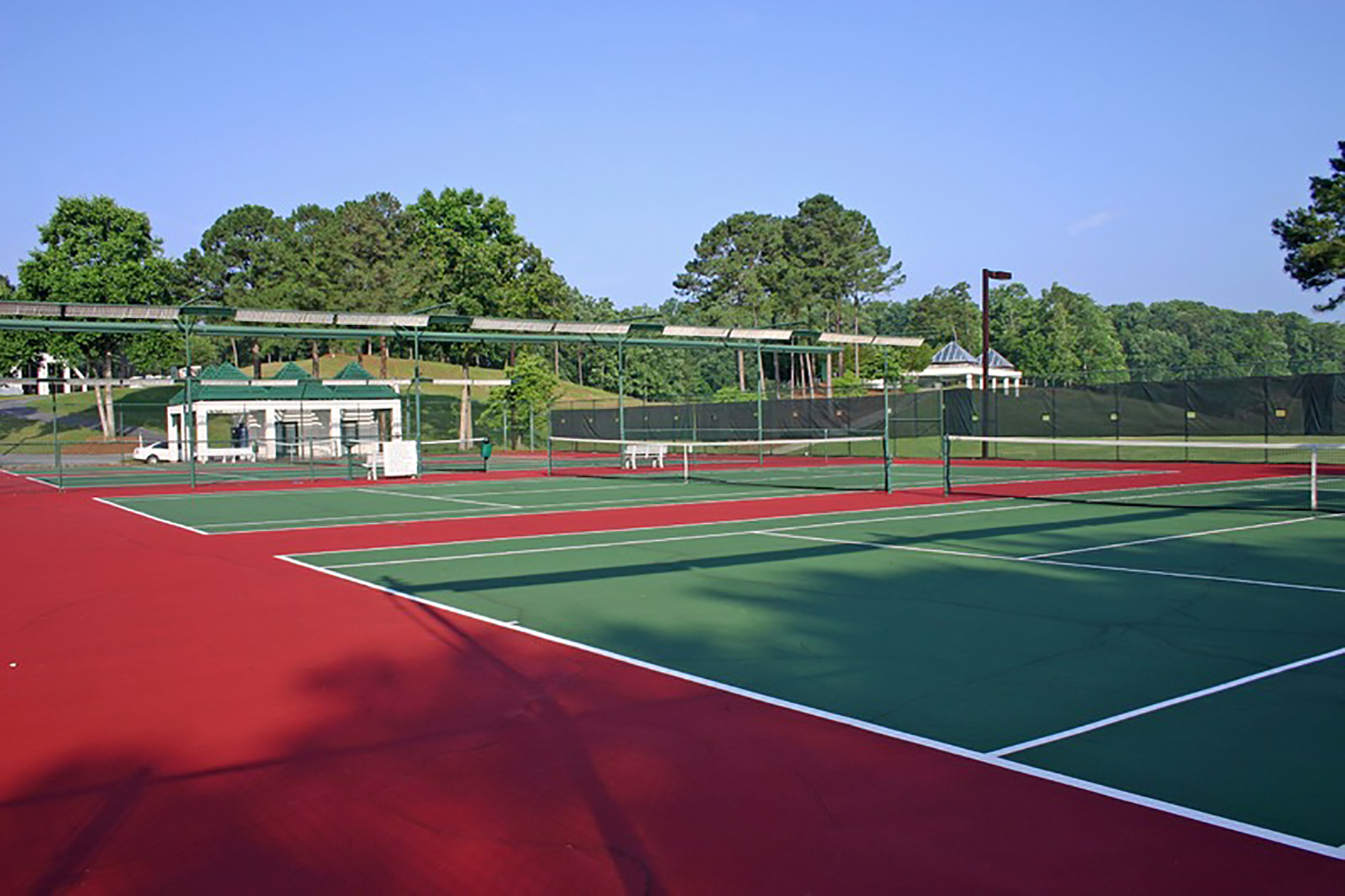 Posted at 14:46h in Court Paving by wfcadmin

One of the services that we offer here at JK Pavement is tennis court repaving and installation. You might not have known this, but asphalt (and concrete, for that matter) are actually popular tennis court surfaces. And with that variety comes a question: What’s the difference between the court surfaces? For that matter, is there a “best” surface? We’re writing today to answer those questions and more.

But first, a note on terminology

There are three considerations when determining the suitability of a court: speed, bounce, and ease on the players. Bounce is how high or low the ball bounces after it hits the ground. Speed is how much the surface speeds up or slows down the ball after it bounces. And ease of players is how hard the surface is on the body of the players.

Grass was the first surface of tennis. Despite being the first, though, it’s one of the least common out there today. Grass presents a tricky surface to play tennis on because it is extremely fast with low bounce. Often players will experience unexpected ball bounce when playing on this type of court.

Grass isn’t a popular tennis court choice today for two reasons: it is expensive to maintain and extremely sensitive to the weather. Grass, unlike many other surfaces, holds onto moisture, making it difficult to play on in the days following rain.

Clay is another uncommon tennis surface. Clay courts are made up of hard-packed clay or sand covered by loose clay or sand, giving it its distinctive reddish color. The only major worldwide tennis tournament that is played on a clay surface is the French Open. Because of the grittiness of the clay or sand, clay is the slowest surface out there. However, it also has high bounce. Players on clay surfaces will find that they don’t slide around because of the high traction of the court.

Like grass, clay surfaces are also sensitive to the rain and are extremely high maintenance.

Hard surfaces, usually made up of either asphalt or concrete, are the most popular tennis surface out there for neighborhood and professional courts alike, and for good reason: they represent a great compromise between all the other surface types. Whereas other court types tend to favor certain types of players over others, hard surfaces balance things out so well that they have been described as “democratic courts” by some.

Indoor surfaces, usually made of some type of carpet, represent the budget category of tennis. Carpeted surfaces are the cheapest and easiest to install, and they are also the cheapest to maintain. They are so cheap, in fact, that it’s often easier to outright replace them than to repair them if things go wrong.

Carpet is a fast surface with a low bounce, a mix of traits that isn’t shared by any of the other surfaces.

Jk Pavement is Available for All Your Tennis Needs

Whether you have a tennis court that you’re looking to resurface or you’re just thinking about installing one, JK Pavement has you covered! Call in today for a free estimate on your project.